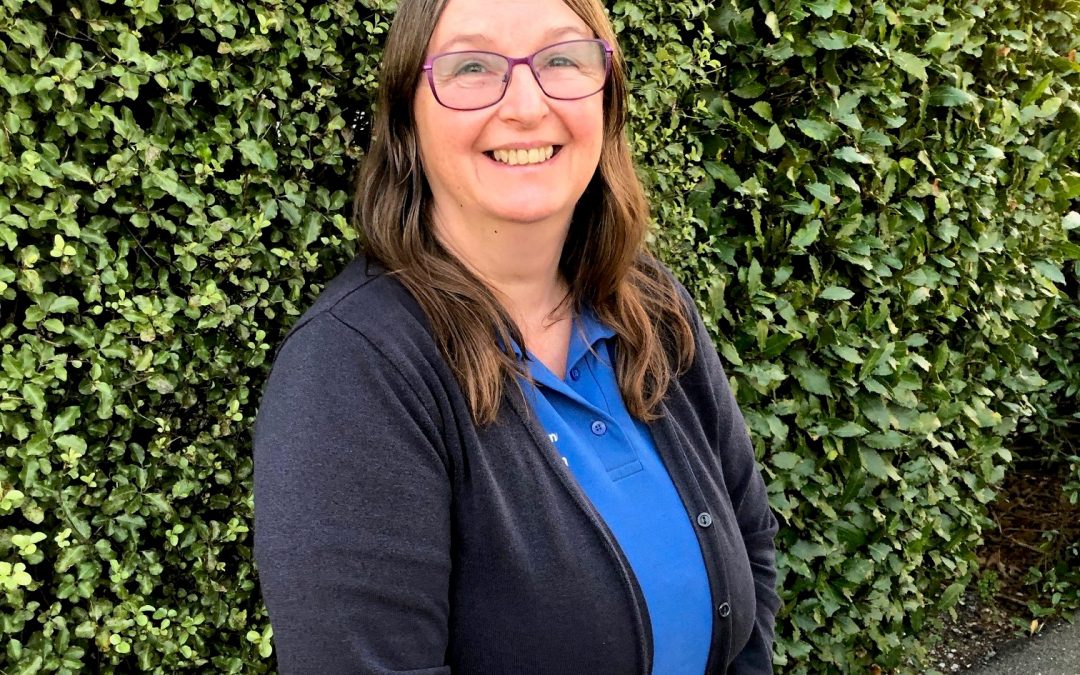 If you’ve breastfed your child in the past 16 years, chances are it’s all thanks to Mandy Chapman.

Mandy, a health improvement practitioner at Livewell Southwest has trained more than 400 women across Plymouth to become breastfeeding peer supporters who in turn have helped thousands of new mums to breastfeed.

After starting out as a peer supporter herself, Mandy knew she wanted to help other new mums who might be daunted by the prospect of breastfeeding their baby.

As part of their work, accredited breastfeeding peer support training is run three times a year through its Plymouth Latch On Programme.

The course is 10 weeks and mums who have breastfed or are still feeding are welcome – as are their babies!

The supporters are trained in helping new mums to feed, give support and encouragement and to be welcoming and respectful to new mums, babies and dads.

Mandy said: “When you’ve just had a baby, particularly your first baby, you can be feeling really vulnerable.

“A lot of new mums want to breastfeed but are worried about where to start. Trying to breastfeed in hospital can feel quite daunting for many reasons.

“Being able to talk mum to mum to a peer supporter and have that support from women who have been through the same thing can make a real difference.”

Women trained as peer supporters go on to be part of the 13 Latch-On support groups across Plymouth running Monday-Friday.

Peer supporters are also based on the maternity ward at Derriford, and many of the midwives and health professionals have also been trained peer supporters in the past.

Mandy added: “A lot of the women who come to train as peer supporters were helped themselves and want to give something back. We also have lots of women who go on to become midwives.

“It’s really empowering and a great way to meet new mums and get information and support, particularly if you don’t have any family close by and it’s your first time as a mother.”

Mandy herself started off as a peer supporter, and as well as her role at Livewell, she also volunteers as a National Childbirth Trust breastfeeding counsellor, delivering breastfeeding sessions as part of NCT antenatal courses and offering support and visits on a voluntary basis.

She was recognised for this work earlier this year when she was named as regional winner in the NCT Star Awards.

One thing Mandy and the Plymouth Latch-on Team are raising awareness of as part of Breast Feeding Celebration Week (17-21 June) is the Kitemark Scheme.

This recognises places across the city that have a positive, welcoming attitude to breastfeeding – there’s currently 72 businesses signed up with more joining.

“Going out for the first time after having your baby can be a big worry, especially if you’re breastfeeding,” Mandy added.

“The kite mark scheme enables mums to easily recognise a venue where she knows she can breastfeed her baby with confidence, in a welcoming environment and with a positive attitude from the staff who work there. You can view all the businesses who have signed up and details of how businesses can sign up by visiting the Plymouth Latch On website.”

But what are the benefits of breastfeeding?

Mandy said: “There are lots of benefits to breastfeeding for both mum and baby including promoting skin to skin contact which can reduce stress levels in baby and parents, and helps the baby’s brain to grow.

“The milk is also tailored to the baby, so if mum gets poorly, antibodies are produced which go through the milk and help stop the illness lasting as long if the baby does get sick.

“There are also health benefits. Breastfeeding can reduce the likelihood of certain types of cancer in mums and babies and some infections.

“Breastfeeding can seem scary, but there is so much support available in Plymouth and the peer supporters have all been in the same shoes as any worried mums or mums to be out there.

“Come along to a latch-on group while you’re pregnant to have a chat and ask any questions you might have.

“Going along while you’re pregnant will make it so much easier to go back once you’ve had the baby.

“The Plymouth Latch On website also has lots of really helpful information, including where and what time the groups meet.”