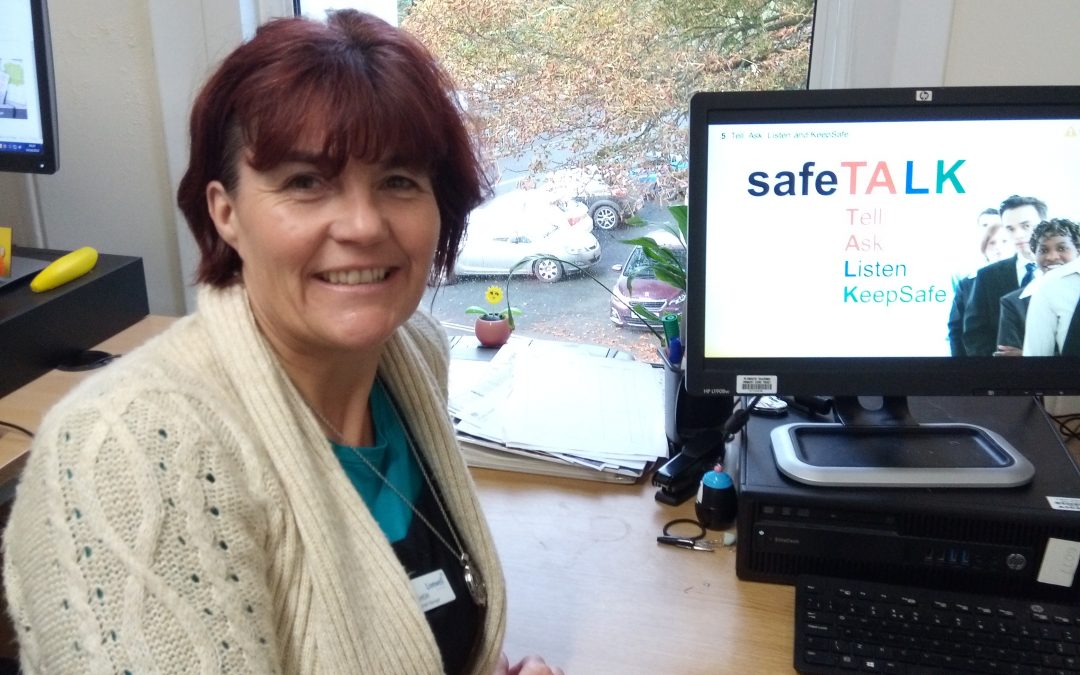 Did you know that every 40 seconds someone loses their life to suicide?

Today (Thursday 10 October) marks World Mental Health Day, a day to recognise and raise awareness of mental health and the impact it can have on people no matter their age, background or situation.

This year, World Mental Health Day is focusing on suicide prevention and the role each of us can play to prevent it.

As the provider of mental health services in Plymouth, Livewell Southwest CIC supports people suffering from ill mental health working closely with other organisations and charities.

As a social enterprise delivering NHS services, it works with people who are experiencing mental health crises.

But equally important is the range of training and support offered to help people maintain good mental health, and to help prevent people with low-level anxiety or low mood getting worse.

On this World Mental Health Day, Livewell wants to shine a light on the value of mental health first aid and SafeTALK training.

SafeTALK is a suicide prevention training course which aims to give people the skills and confidence around talking to someone that might be feeling suicidal.

Cathryn Keeble is one of Livewell’s Health Improvement Managers and as part of her role, delivers SafeTALK to people across the city.

Cathryn is also a registered mental health nurse and used to work with young people at risk of self-harm and suicide and is passionate about her role in helping people to have the confidence to talk to others about suicide.

She is using World Mental Health Day to raise awareness of the importance of being able to have conversations with someone you think is at risk of suicide.

“Being in this role is so rewarding because I have the chance to highlight suicide and educate people so that we can make a difference and hopefully give people the confidence to talk about suicide and prevent it,” Cathryn said.

“If we can prevent it, we’ve helped to save someone’s life and I can’t think of a more rewarding job.”

SafeTALK is a half-day course which aims to help people identify someone thinking of suicide, overcome barriers in talking about suicide, identify reasons we miss, dismiss or avoid suicide and connect those at risk of suicide with further or appropriate help.

Cathryn added: “I think there is still a fear that if you talk about suicide, you might put that thought into someone’s head and that people don’t know what to do and will make things worse or say the wrong thing.

“People may also feel that by having those conversations they then need to solve that individual’s problems or become responsible for their problems.

“But the important thing is appreciating the power of just listening to someone and being able to signpost on to services and professionals who are out there and who are there to deal with that person’s problems.”

The team deliver bespoke sessions for organisations across Plymouth when requested and have a course every eight to ten weeks.

Suicide is the biggest killer of men under 45 in the UK and as a hard to reach group, the SafeTALK training is currently targeted towards males, but anyone can be at risk of suicide.

Cathryn said: “There is still a lot of stigma and discrimination around mental illness and suicide is still a taboo subject.

“People don’t often speak up because they think they might be judged or fear the response they might receive. They might not even realise that they have become that low and see no other way out.

“People can consciously and subconsciously invite help and this may take many forms including a sudden change in behaviour or talk of hopelessness and helplessness to even giving away belongings or a sudden recovery.

“If you are worried about someone just ask them if they are having suicidal thoughts. Asking someone directly can sometimes be all that is needed to get them talking and if you don’t feel confident we would welcome people to book on to one of our courses.

“As well as your GP there are organisations who can help such as the Samaritans on 116 123 or Papyrus and Head Space which offers an out-of-hours service for people who consider that they are approaching a mental health crisis.

For more information on SafeTALK and to book onto a course, email [email protected],