Spotlight on a service: Cotehele 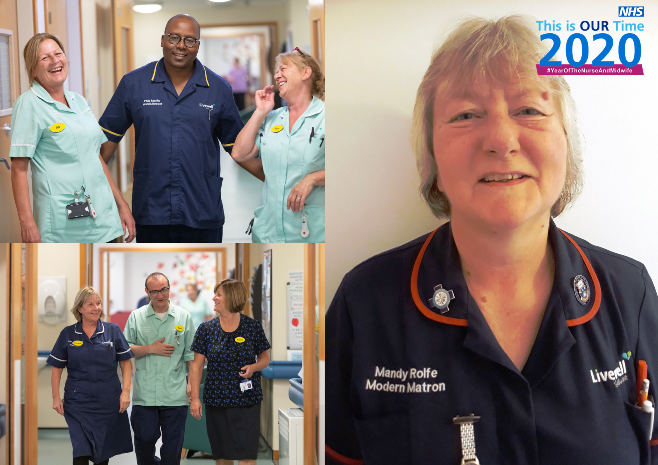 Explaining how people come to Cotehele, Mandy said: “Many people are admitted to Cotehele informally while some are detained under the Mental Health Act. We’re an assessment unit, so our main aim is to help people to recover from the crisis that brought them into hospital and help them to return home as soon as possible.”

“This may include doing home visits and assessments, accessing local groups that they can join in their community, and we also have a pool car that we can use to take people out and help them get back into everyday life, for example accompanying them to the shop to make sure they can manage their finances.”

Patient involvement is a major part of the culture at Cotehele, Mandy explains.

“Every day the patients meet with staff first thing, and then once a week we have a business meeting which I go along to. It’s an opportunity for patients to share with us what they like about the unit and what they think can be improved, and we then change things where possible and appropriate based on their feedback.

“A large television was much wanted by our patients which we were able to provide, and in the past they’ve also been involved with the ward refurbishment, picking colours for new curtains, items for bedrooms and what they want for our lounge area. Future plans include improvements to our garden, which the patients will be able to be involved with, undertaking some weeding, potting and planting of bulbs.

“We have a breakfast group where people can make their own cooked breakfasts under supervision, and lots of activities are happening all the time that people can get involved in. We hold regular craft groups, mindfulness, baking sessions, and we’ve even adopted a donkey named Pooh who visits us in our garden!”

An events committee takes place each month which patients and staff feed into to decide and plan which events will take place over the year. Some months are themed and the team tries to hold a group or exercise where patients can get involved and create art, bake cakes – everyone can choose what activity they get involved with, or not!

One of the more popular events that takes place is the monthly visit from Plymouth Marine Aquarium that Mandy successfully negotiated last year. She said: “They come to both Cotehele and Edgcumbe Units once a month and offer our patients virtual reality sessions where they wear a headset and can do a dive, swim with sharks, take a boat ride into the Sound and they also bring in artefacts like turtle’s shells and shark’s teeth.

“They’re really good sessions and they help a lot with prompting memories for people – they might recognise a place where they used to live, or remember swimming in Plymouth Lido. The units are really lifted after these visits.”

Having joined the organisation in 1996, Mandy has since worked her way up and managed Cotehele for 9 years before being promoted to Matron, a role which she has since held for 11 years.

Mandy said: “In the time I’ve been here I’ve seen an awful lot of change. In the last 18 months particularly, we’ve seen a lot of change for the better on Cotehele. With Phile managing the unit we have a very motivated and cohesive team – something which was also picked up by the CQC when they visited us as part of their inspection. They’ve just published their national report ‘Monitoring the Mental Health Act’ and we were thrilled to see Cotehele named as a great example of good practice.”

Another of Mandy’s top moments of the last year was being able to announce that Cotehele had received accreditation from the Royal College of Psychiatrists.

Mandy said: “Accreditation can be a long process but it’s very important as it scrutinises and makes us think about what we do, driving up improvement and quality as well as providing assurance to the CQC that we are striving for excellence at all times.

“Much like the CQC inspections, a team of people come and spend the day on the unit, meeting with staff, patients and carers and observing mealtimes and medication rounds. It looks at all aspects of the patient journey and has a set of criteria that you have to pass. Some are quite straightforward whilst others are more challenging.

“I was presenting at the International Dementia Conference in November when I got the email to say we’d received accreditation, so it was fantastic being able to announce that to the audience.”

As a Proud to Care Ambassador, Mandy also attends recruitment events which aim to inspire the next generation of healthcare workers, and the Cotehele team also welcome anyone who wishes to visit the unit and learn more.

“We’re open for anyone to come and shadow – we get a lot of Clinical Support Team staff who visit us while they’re learning and we’ve also had paid work placements and return to practice nurses shadow us so we have been putting on weekly teaching sessions which is a combined effort – our doctors have held sessions, as have our psychologists, nurses, occupational therapists and myself.”

Mandy paid tribute to the work of the team, saying: “I feel very confident on Cotehele that I have a team that is at the top of their game. Their results in our CQC and Royal College of Psychiatrists accreditation inspections speak volumes and our Friends and Family results are fantastic.

“We’re also very lucky to have our hotel services as part of our team. They’ve really taken ownership and are very proud of the ward, and again the results in PLACE environmental audits and infection control audits speak for themselves.

“I hold the whole team in very high esteem and am very proud to work with them.”

Dawn Slater, Director of People and Professionalism and Chief Nurse, said: “Cotehele is an amazing ward which has continued to develop a holistic approach to the care they provide.

“The experience that people receive at a time of feeling vulnerable is important to all staff at Cotehele and it’s fantastic to see this recognised by the AIMS accreditation and the feedback from people and their families.”