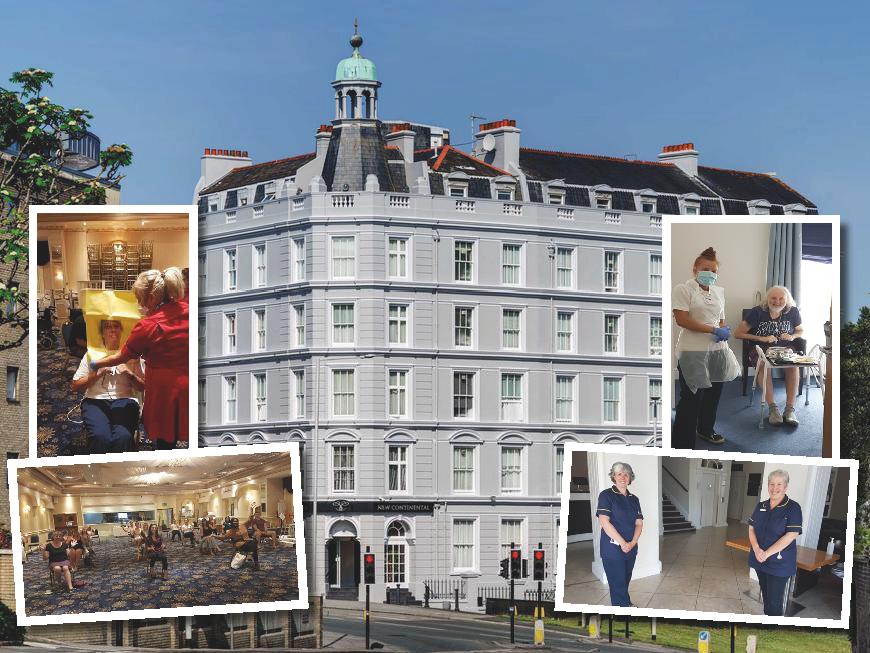 Plymouth’s Extra Care Hotel, which opened in April in response to the coronavirus pandemic, closed its doors on 30 June having bid farewell to its final patient.

The New Continental Hotel in Millbay was transformed over two weeks as part of the city’s COVID-19 resilience planning into the New Continental Extra Care, a residential care hotel commissioned by Plymouth City Council, with care provided by Livewell Southwest staff.

A total of 48 beds were available for people who were ready to leave hospital but needed some additional support before they could get home.

The hotel aimed to make a big difference to the timely discharge of hospital patients, freeing up beds and reducing demands on hospital staff during the Coronavirus outbreak, and supporting the wider health and social care system.

The team also included 31 newly recruited care staff from a variety of backgrounds who were all willing to step up to support people through the pandemic and worked alongside Livewell nurses, HCAs, physiotherapists, volunteers, hotel cleaners, chefs, receptionists and porters who all received training from Livewell.

Geoff said: “I know that there were a lot of people involved behind the scenes who made a huge contribution. There was a tremendous effort and a lot of hard work to get the hotel up and running, and it was all done in such a short amount of time.

“We’d like to thank the New Continental Hotel for working with us to provide this important facility.”

Patients were referred from University Hospitals Plymouth and our own Livewell wards as well as from Cornwall. Ten patients received a safe, professional and caring guest experience at the hotel upon being discharged from hospital, ensuring they received the further support they needed before returning home.

Lori added: “I have been truly overwhelmed at the sheer pace in which the management and project group came together and transformed a beautiful hotel into an Extra Care facility.

“I was also part of the initial meet and greet of the newly recruited team ready to accept people into the hotel. They were up for this right from the beginning despite being anxious about what to expect in these unprecedented times. Meeting the staff and volunteers was very humbling.

“The staff have supported the wide system throughout by being deployed to a care home in crisis and also supporting Livewell’s swabbing programme in care homes. They have all been truly amazing and I have been honoured to have been a part of this.

“I can’t thank the whole team enough – they are all heroes.”